Jill Bolander Cohen is Founder and CEO of the Lifeboat Project, a central Florida 501(c)3 nonprofit which increases awareness and provides wraparound services to victims and survivors of Human Trafficking such as trauma counseling, housing, personal development and educational resources. The life-long central Floridian Co-Founded the Greater Orlando Human Trafficking Task Force and the Zonta Club of Greater Orlando, an international organization which empowers women and girls.  Jill is a four-time delegate to the Commission on the Status of Women at the United Nations.  In 2015 she was honored as one of two ‘Peace Seekers’ by the Presbyterian Peace Fellowship. Jill attended Ecumenical Advocacy Days in Washington, DC in the spring of 2011 as a delegate and lobbied both Florida Senators and her Congressman to reenact the Violence Against Women Act, which was accomplished in 2013. Jill spearheaded the creation and development of a human trafficking educational gaming app designed to protect our youth. This app has received international awards and was developed by Central Florida’s Engineering Computer Simulation. In March of 2016, the app ACT-Awareness Combats Trafficking was presented at the United Nations during a parallel event. In 2017, Jill received the Humanitarian Award from the Women’s Executive Council of Orlando; and in 2018 she was presented with the Orlando Magic Creating Change Award for The Lifeboat Project. The Lifeboat Project is also a member of the Freedom Network USA, only one of six partners in Florida. Jill is a member of the Daughters of the American Revolution and has served as Chair of Women’s Issues for the DAR Sallie Harrison Chapter.  She was Vice-President of her family’s Coffee Service which has served central Florida for over 45 years. Her passion and previous career are that of a professional Jazz singer and worship leader. Jill was educated at Francis Marion University in Florence, South Carolina and Lake Brantley High School in Altamonte Springs, Florida.   She and her husband, Gary, reside in Apopka, Florida.

Koehler is a wife, mother and grandmother and President of Solid Rock Realty.  She and her husband, Doug, diligently work in real estate and usually sell about 40 homes a year.  Koehler says the biggest reward in her life is giving to charities like The Lifeboat Project to help those that have been devastated by trafficking, drugs, abandonment and so much more.

Koehler is motivated by her four children and grandchildren to passionately volunteer her time towards efforts to see the end of modern-day slavery in the USA and abroad.

Roman, affectionately known as "Millie", was born in New York City and raised in the South Bronx, New York.  Roman attended Grace Dodge Vocational High School, graduated from Russell Sage College and majored in Sociology. Roman is certified as a Medicaid Provider Waiver Support Coordinator, Targeted Case Manager, and designated as a Victim Services Practitioner. Roman has worked in the field of Human Services for over 40 years in areas that include emotionally disturbed & abused youth, the disabled,  homeless mothers with children and families. Roman is currently a graduate student at The Springfield College in the School of Professional and Continuing Studies as an MBA candidate in Nonprofit Management & Leadership. Roman is a State Certified Notary Public and has performed numerous matrimonial ceremonies. In addition to being a skilled caretaker, Roman enjoys cooking, mentoring, and exercising an impressively wide array of skills for the good of others. 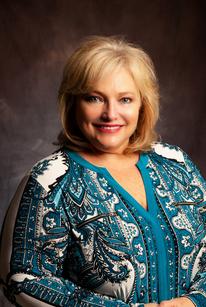 Kathy McLain, Chairperson of the Board of Directors

Gary Cohen, Treasurer of the Board of Directors

Dorothy Benson, Member of the Board

Ed Gilbert, Member of the Board
Chairperson of Marketing and Development Committee

Catherine Reeves, Member of the Board

Randy Simpson, Member of the Board